May is the month when we celebrate Mother’s Day. So, before this month ends, I would like to remember the most memorable mothers I met in my book favorites. Motherhood is not an easy task and I’ve been doing it myself for several years now. Mothers may have different qualities and values. Some are amazing while others became the center of controversy. But, one thing is true about mothers even in stories, either they leave a great impact on their children’s lives or they always endure like any warrior on that field. 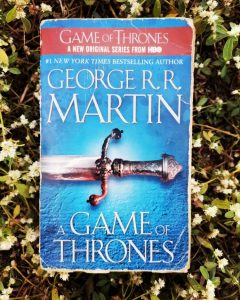 Cersei Lannister of A Song of Ice and Fire by George R.R. Martin

Cersei Lannister was the Queen of the Seven Kingdoms and was married to King Robert Baratheon. She was the mother of Prince Joffrey and Prince Tommen who later on became kings. She also had a daughter Princess Myrcella.

I must say, Cersei is a horrifying mother to have. She loved her children as an extension of herself but treated them like tools to gain power. She loved them so long as they follow her biddings. Otherwise, she tried so hard to mold them to be like her even resorting to abuse and manipulating them.

Catelyn Stark of A Song of Ice and Fire by George R.R. Martin

Catelyn Stark was the wife of Lord Eddard Stark of Winterfell. She was the mother of Robb Stark who later on was declared as the King of the North. Her other children were Sansa, Arya, Bran, and Rickon.

I saw Catelyn Stark as a dutiful mother for her children but she was also a bit cruel to Jon Snow who is known to be his husband’s bastard. Catelyn never left Bran’s side when he was in critical condition but forgot about Rickon who was still a toddler at that time. During the war, she never left Robb’s side who was then declared as the king of the north and she always took into consideration the safety of Sansa and Arya when giving advice to Robb on what strategy to take in dealing with the enemies.

“My son lies here broken and dying, Luwin, and you wish to discuss a new master of horse? Do you think I care what happens in the stables? Do you think it matters to me one whit? I would gladly butcher every horse in Winterfell with my own hands if it would open Bran’s eyes, do you understand that? Do you?” – Catelyn to Luwin when Bran was in critical condition after falling from the tower

Lysa Arryn of A Song of Ice and Fire by George R.R. Martin

Lysa Arryn was from the House Tully of Riverrun and she married Jon Arryn who was the Lord of the Eyrie and the hand of King Robert Baratheon. After the death of her husband, Lysa became very protective of his young son Robert. She even threatened her sister Catelyn to throw her to the moon door if she keeps on insisting to take young Robert to be fostered in Winterfell.

“A man will tell you poison is dishonorable, but a woman’s honor is different. The Mother shaped us to protect our children, and our only dishonor is in failure.” – Lysa to Sansa Stark

Although Lily Potter mainly appeared in visions or through the memories stored within the Pensieve, her greatest sacrifice in giving her life to save her son, Harry Potter makes her the best mother with an undying love for her child.

“I am speaking, of course, of the fact that your mother died to save you. She gave you a lingering protection he never expected, a protection that flows in your veins to this day. I put my trust, therefore, in your mother’s blood. I delivered you to her sister, her only remaining relative.” – Dumbledore explaining to Harry how he sought to uphold Lily’s sacrifice 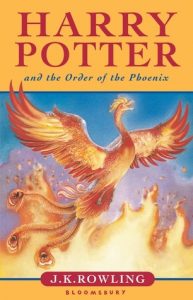 Molly Weasley was the matriarch of Weasley Family and had six children, 5 of which are boys. She became a mother figure for Harry Potter and she treated him like her own child. She used to spoil her children including Harry by showering them with love and affection making up for the lack of money and expensive things. She used to make home-cooked meals and handmade gifts for her children as well. Mrs. Weasley was very good at disciplining her sons. There’s an instance that she sent Ron a howler when she learned that Ron and Harry stole Mr. Weasley’s car and drove to Hogwarts. Even her other sons were afraid of upsetting her through their mischiefs. She was also a forgiving mother to Percy who once turned his back to the family.

Mrs. Weasley was especially protective of her only daughter and youngest child Ginny. In fact, she was the one who killed one of the most dangerous witches in the wizarding world, Bellatrix Lestrange, when she saw that the former was fighting Ginny.

Narcissa Malfoy was a pure-blooded witch and a mother to Draco Malfoy. She was a protective mother to Draco and did not want to be separated from him. She showered her son with sweets and packages during Draco’s first year in Hogwarts.

When Voldemort ordered Draco to kill Dumbledore, Narcissa went to Snape and begged for his assistance in protecting his son.

“If you attack my son again, I shall ensure that it is the last thing you ever do.”
— Narcissa to Harry Potter and Ron Weasley 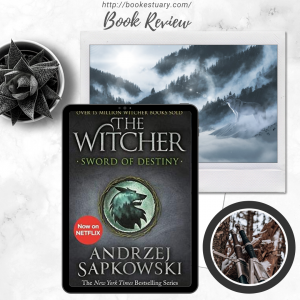 Yennefer of Vengerberg of The Witcher Series by Andrzej Sapkowski

Yennefer of Vengerberg was a powerful sorceress and The Witcher, Geralt’s lover. She had irreversible infertility and could not bear a child. She was trying to find ways to cure her infertility even resorting to catching a djinn and hunting a dragon. However, when Ciri came to Geralt’s life and asked Yennefer to train Ciri, she became a mother figure to the former. Yennefer did not have her own biological child but her desire for motherhood and being a great mother to Ciri make me remember her when talking about this topic.

Claire Fraser was a nurse and later on a doctor who traveled to and from the 20th century and 18th century through the standing stones. She was a mother to Brianna whom she bore with Jamie Fraser. Prior to the Battle of Culloden, while pregnant with Brianna, Claire returned to the stones and traveled back to the 20th century. Claire was seen as a dutiful mother to Brianna but left her to travel back to the 18th century upon knowing that Jamie survived the war. She was eventually reunited with Brianna when the latter also traveled through the stones and tried to save them. I must say Claire was a devoted mother who also endured the challenges of time and continued to be significant in a society of different times, conditions, and settings. 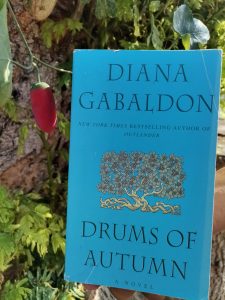 Brianna Fraser was Claire’s daughter with Jamie Fraser. Brianna became a young mother when she traveled to the 18th century to find her parents. She was followed by her lover and then-fiance, Roger MacKenzie. She was raped 2 days after she and Roger slept together which made her wonder at some point about the real father of her son. Given the situation, Brianna decided against abortion and decided to raise her son. 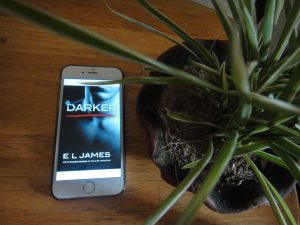 Grace Trevelyan Grey was a doctor and adoptive mother of Christian Grey. All their children are adopted. Grace was a supportive mother to her children and gave them the freedom to choose. She was always on the rescue when problems arise with her children. She was very angry when she learned about her friend, Elena Lincoln took advantage of Christian at a young age. 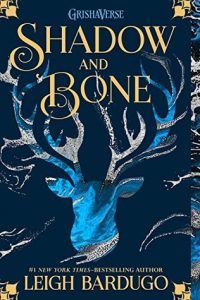 Baghra of The Grisha Trilogy by Leigh Bardugo

Baghra was a Grisha, a living amplifier, and mother of the Darkling. She tried to save her son from darkness by revealing to Alina about the Darkling’s master plan. However, the Darkling caught Alina and bind the latter to himself. Given the turn of events after Alina’s capture by the Darkling, Baghra said his son was beyond redemption.

“You think I don’t love my son. But I do. It is because I love him that I will not let him put himself beyond redemption.” – Baghra to Alina 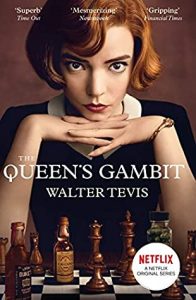 Mrs. Wheatley of The Queen’s Gambit by Walter Tevis

Mrs. Wheatley was the adoptive mother of Beth Harmon. She had a good relationship with Beth and she became her manager when she was taking the chess stage by storm at a young age. In a way, both Mrs. Wheatley and Beth Harmon were supporting each other emotionally as they were both abandoned, Mrs. Wheatley by her husband and we know Beth was an orphan. 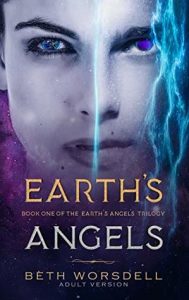 Mel is the main protagonist in the Earth’s Angels series. She was a mother to several children. All of them survived the gradual destruction of Earth until the angels arrived to help restore the Earth. Mel carried a developing animal in her womb as well as a result of the angel’s technology. She conceived the first new-generation human with the features and powers of the angels. Mel is your kind of badass mother who rides dragons to fight the evil Marilians. She has also the power to heal those that were corrupted by the Marilians. 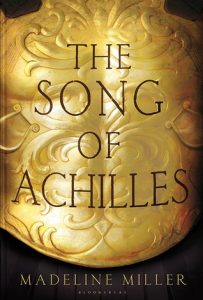 Thetis of The Song of Achilles by Madeline Miller

Thetis is a sea goddess and Achilles’ mother. She was prophesied to bear a child who will be greater than her father, hence the gods bonded her to a mortal, King Peleus, to make her child less powerful. She often spent time visiting Achilles and wanted him to be famous and be the greatest warrior that he was prophesied to be. Although she hated Patroclus, Achilles’ companion from when they were young and later on became his lover, Thetis never left her son’s side even after the gods decided to fight against Achilles.

Final Thoughts About The Most Memorable Mothers in Books